by 198 Japan News
in JAPAN AFRICA NEWS
Reading Time: 2 mins read
A A
0

The United States has logged an all-time high of over 440,000 daily coronavirus cases as the Omicron variant circulates in the holiday season, data by the Centers for Disease Control and Prevention showed Tuesday.

But CDC data also suggests that Omicron had not been sweeping the country as much as expected earlier, with the estimated proportion of new cases accounted for by the highly transmissible strain in the week through Dec. 18 sharply revised downward to 23 percent from 73 percent. 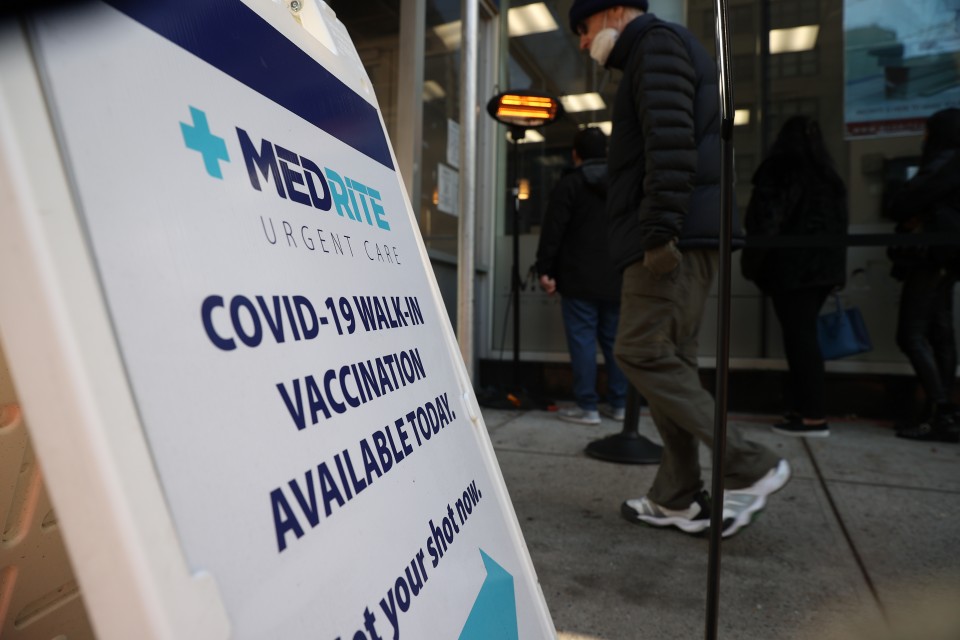 A Covid-19 testing and vaccination site is seen in Manhattan of New York City, United States on Dec. 6, 2021. (Anadolu Agency/Getty/Kyodo)

This means the Delta variant, which triggered a surge in cases in the summer, was still the dominant variant in the United States in that week.

On the week ending last Saturday, however, Omicron became more prevalent than Delta, accounting for about 59 percent versus Delta’s 41 percent, according to the CDC. Omicron accounted for less than 1 percent in the first week of December.

In the daily count of overall coronavirus cases, about 441,000 infections were reported Monday, eclipsing the previous record high of nearly 300,000 cases registered in early January.

The current seven-day average of new daily cases has exceeded 240,000 and appears to be moving closer to the record-high figure of around 250,000, also marked in January.

Daily deaths have been averaging around 1,000 in December, fewer than in the summer surge, amid vaccination rollouts.

Long lines of people waiting to get tested have been seen across the country during the holiday season, triggering criticism that the administration of President Joe Biden has failed to prepare for testing demand.

All U.S. forces in Japan exempted from virus tests since Sept.