by 198 Japan News
in JAPAN AFRICA NEWS
Reading Time: 3 mins read
A A
0

The U.S. State Department highlighted the use of forced labor in China’s Belt and Road infrastructure project in its annual human trafficking report released Tuesday, while maintaining its assessment that Japan’s efforts to eliminate trafficking are not yet sufficient.

Calling forced labor the “hidden cost” of China’s Belt and Road Initiative, the department said in the Trafficking in Persons Report, “All countries should be able to pursue development opportunities without sacrificing their respect for human rights.” 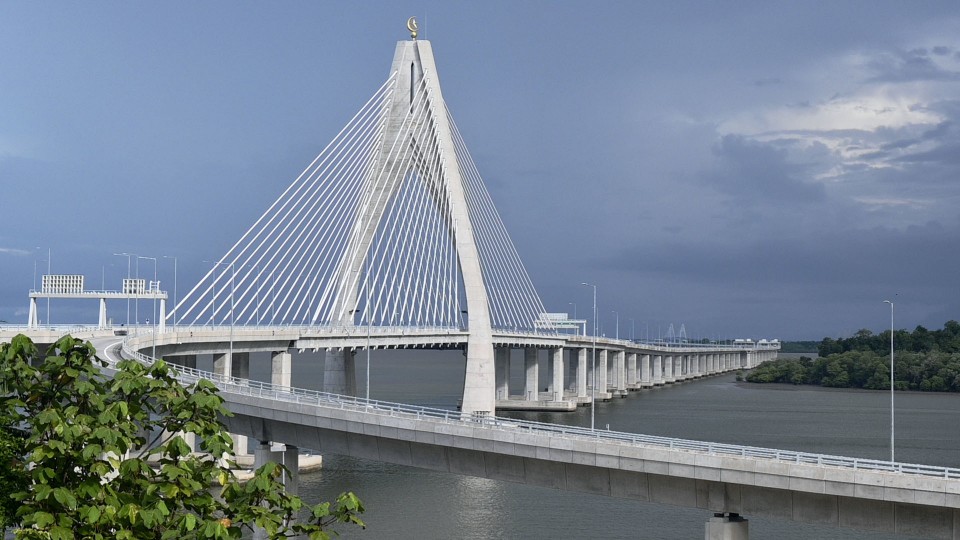 Photo taken Nov. 3, 2021, shows a bridge linking Brunei’s capital Bandar Seri Begawan and its Temburong district, which is separated from the rest of the country by Malaysia and Brunei Bay. The bridge, opened in March 2020, was partly built by a Chinese company as part of China’s massive cross-border “Belt and Road” initiative. (Kyodo) ==Kyodo

Countries interested in or currently hosting BRI projects should monitor working conditions and scrutinize contracts so that their citizens are not “lured under false pretenses and exploited,” while also ensuring Chinese nationals working for such projects overseas can feel comfortable coming forward to report abuse cases, it said.

The release of the report comes as the United States is working with other Group of Seven industrialized nations to provide an alternative to the Chinese project for low- and middle-income nations, advocating “high-standards and quality investments” in infrastructure.

Implemented since 2013, the BRI is a scheme critics say was designed to draw countries deeper into Beijing’s economic orbit. It has faced criticism for its record of saddling developing countries with debt and for poor environmental and labor standards.

The report alleges some BRI projects, mining operations and factories in African, Middle Eastern and Asian countries and elsewhere have seen cases of deceptive recruitment into debt bondage, confiscation of travel documentation, forced overtime, physical violence, restricted freedom of movement and retaliation for reporting abuses, among other issues.

BRI-participating countries should also be watchful of project worksites as well as surrounding communities for possible sex trafficking or child forced labor in hazardous work, the department said.

In the report’s rating system for the human trafficking situation in more than 180 countries and territories, China remained in Tier 3, the worst level. It has held the same rating since 2017.

The report also accused China of “widespread forced labor,” including against the Uyghur minority and other Muslims in the Asian country’s western Xinjiang region through mass arbitrary detention of the people.

Japan was rated as Tier 2 — a better status than Tier 3 and Tier 2 Watch List — with the State Department reiterating that Tokyo should “vigorously investigate and prosecute sex and labor trafficking cases, and hold convicted traffickers accountable by imposing strong sentences.”

Japan’s so-called technical intern program, which has helped fill labor shortages in the graying country by accepting workers from developing countries, continued to be a system that needs improvement to address abuses.

But the State Department welcomed that the Japanese government has officially recognized some technical intern program participants as “trafficking victims” for the first time.

Japan remained in Tier 2 for the third consecutive year after earning the highest classification of Tier 1 in 2018 and 2019.

In the report, a total of 11 countries including Iran, Myanmar, North Korea and Russia were identified as having engaged in trafficking by the government itself.