by 198 Japan News
in JAPAN RUSSIA NEWS
Reading Time: 2 mins read
A A
0

A U.N. conference on nuclear nonproliferation scheduled for next month is expected to be postponed again amid the surge of the Omicron variant of the novel coronavirus, diplomatic sources said Tuesday.

The gathering to review the Treaty on the Non-Proliferation of Nuclear Weapons was scheduled to be held Jan. 4 to 28 in New York after repeated postponements from its original date in 2020 due to the pandemic. 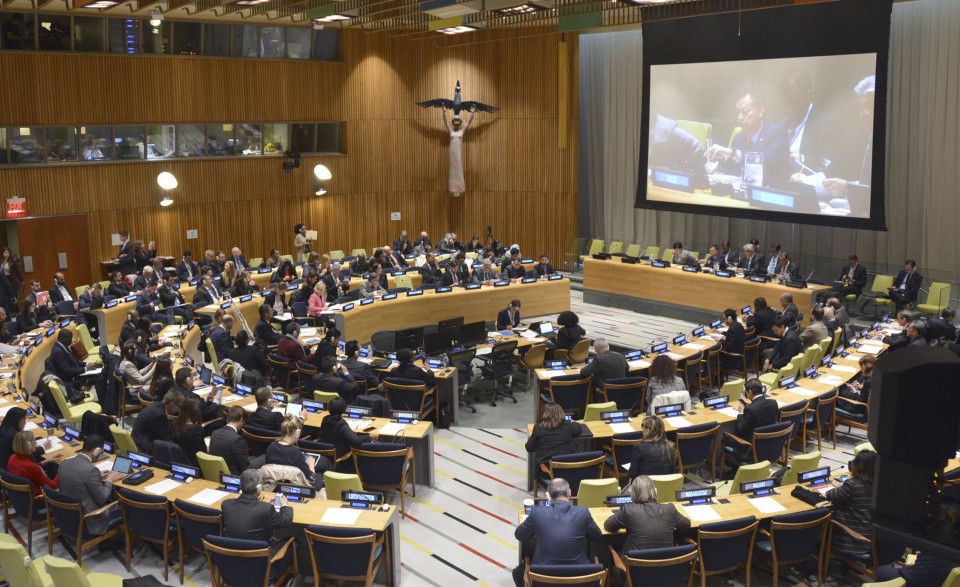 The third and final session of the Preparatory Committee for the 2020 Nuclear Non-Proliferation Treaty review conference is held in New York, on April 29, 2019. (Kyodo)

The United States and some European countries have seen a sharp rise in COVID-19 cases with the advent of the Omicron variant, prompting authorities to bring back some restrictions at indoor venues and on public transportation.

New York is among the hardest-hit areas during the latest wave of infections in the United States and the administration of President Joe Biden and local authorities are scrambling to get more people vaccinated or receiving booster shots.

Participating countries failed to adopt a consensus document at that gathering due to a growing rift among members.

Some 190 countries have signed the NPT, which is aimed at preventing the spread of nuclear weapons and related technology, promoting cooperation on the peaceful use of nuclear energy and achieving nuclear disarmament.

A U.N.-adopted Treaty on the Prohibition of Nuclear Weapons, which entered into force in January this year, is more ambitious in its approach to eliminating nuclear weapons, but its effectiveness is in question as it lacks support from any nuclear weapon states such as the United States, Russia and China.

Japan, the world’s only country to have suffered nuclear attacks, has not joined the nuclear ban pact given its reliance on the U.S. nuclear deterrence.

A Treasure Trove of Historical Knowledge