by 198 Japan News
in JAPAN MANUFACTURE NEWS
Reading Time: 4 mins read
A A
0 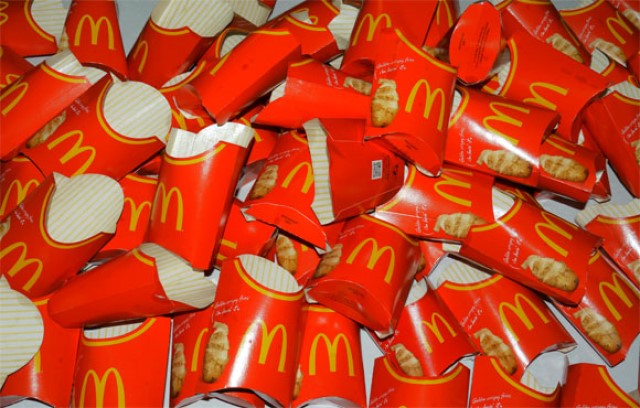 Good news for those with resolutions to lose weight.

As we approached the end of last year, fast food fans were hit by the news of a French fry shortage in Japan which has most notably affected the chain McDonald’s.

As a result, for a week the restaurant limited sales to only small-size orders of fries, which are called “Mac Fry Potato” in Japan. At the time, the rationing was attributed to delays caused by the ongoing global supply chain crisis as well as large-scale flooding in British Columbia, Canada, where the potatoes are imported from.

The restrictions were set to end on the first day of 2022, and even an American logistics company tweeted that they were airlifting a huge amount of relief potatoes. However, those tweets have been since deleted, and it appears that more unforeseen circumstances have emerged, such as bad weather en route to Japan, which are causing further delays.

So, it is with heavy hearts that we inform you the Mac Fry Potato rationing will continue for approximately one more month. This means that until around the end of January, customers will not be able to get large or medium orders.

Also, when ordering combos the size will automatically be changed to a small and the price will be reduced by 50 yen ($0.43). This is bad news for the delightfully named PotéNagé sets of fries and nuggets as well, because their sales are currently suspended until more spuds can arrive.

Needless to say, many were disappointed to not be able to ring in the new year with plentiful amounts of Mac Fry Potato.

“Small ones don’t have enough….”
“I go to McDonald’s for nuggets, fries, and maybe a side of burger on occasion, so this is basically like a store closure for me.”
“Not again!!!”
“Seriously, they’re doing this twice?!”
“I knew this was going to happen because they didn’t release any coupons for fries.”
“Can’t we get some billionaire to airlift them in again?”
“At first I didn’t like the idea of small size, but when I had it, it was kind of nice actually.”
“I just bought a kilogram of fries at the supermarket, so I’m set.”
“But there’s no restrictions on how many small size you want to buy. They just want to make money.”

It’s true that although everyone is limited to small-size Mac Fry Potato, it is possible to order 20 of them if so inclined. However, contrary to the theory in the last comment, the price difference is fairly negligible.

Combined with the inherent randomness of the way fries are scooped into the containers, it’s fair to say that you’d be getting more or less the same bang for you buck by ordering multiple smalls. So, this does seem more like a move to inconvenience people from getting larger amounts of fries in order to prolong the supply, rather than a simple cash-grab.

Still, it’s going to be hard times for fans to get large amounts of McDonald’s French fries in a single order. As luck would have it, our own Mr. Sato recently stumbled upon a supermarket that sells fries by the kilo, which he feels are comparable to the ones at McDonald’s, but for a fraction of the price. You’ll just have to sift through dozens of pictures of him dancing in a unitard to find it.