by 198 Japan News
in JAPAN MANUFACTURE NEWS
Reading Time: 7 mins read
A A
0 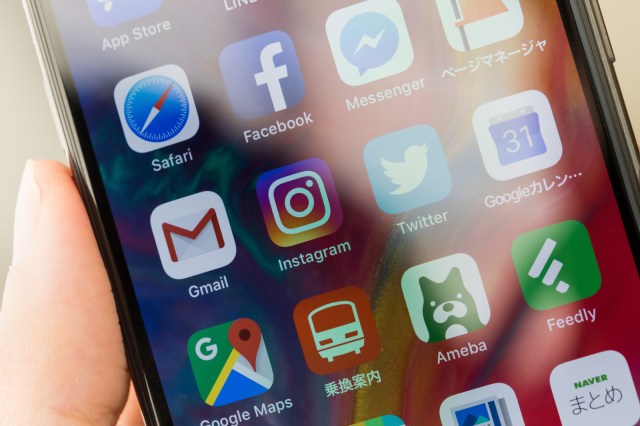 Social media has become an integral part of everyone’s life but not all platforms are created equal. In Japan, those who want to stay in close contact with family and friends would favor the messaging-centric app Line, while those who want to be friends with people pretending to be Yusaku Maezawa should look no further than Facebook.

Speaking of Facebook, with its massive global usership and influence, there is probably little debate that it is still the ruling platform around the world. In fact, web analytics service Statcounter tracks major social media platforms and measures each one’s global market share by measuring how much traffic it sends to external websites as an indicator of both its user base and potential ability to monetize it. In this way, they found Facebook to be the clear winner, holding 72.4 percent worldwide.

However, Statcounter also allows data to be viewed on a country-by-country basis. Most countries fall in line with the global trend with regards to Facebook at least, aside from obvious exceptions such as China and Russia who tend to have a tumultuous relationship with Western-developed platforms.

And then there’s Japan, which completely bucks the trend. Here, it’s Twitter that reigns supreme by a considerable margin with 48.65 percent to Facebook’s measly 16.4 percent. Actually, even Pinterest edged out Facebook in 2021, which is amazing because I don’t think I’ve ever met anyone who uses Pinterest before, but its link-oriented format does seem to suit Statcounter’s criteria well as an especially profitable social media service.

Looking through the data, Uganda appears to be the only other country with a similar market share arrangement for some unknown reason. Venezuela often favors Twitter too, but there Facebook is still putting up a good fight with nearly the same market share so they tend to go back and forth.

This begs the question why. Unfortunately, Statcounter is pure data without any context, but luckily we have a lot of online comments willing to offer clues.

“I don’t like how Facebook forces you to use your real name.”
“I only use Twitter, Reddit, and Imgur, but Facebook and Instagram are certainly strong.”
“Japan is Twitterland!”
“I don’t want Facebook to push me into connecting with people I don’t want to connect with.”
“Line should be on there too, but I guess it isn’t popular in other countries.”
“YouTube is so low?! I get that young people aren’t into Facebook, but I thought they used YouTube a lot.”
“Maybe it’s the rest of the world that’s strange.”
“Facebook just became a place for old guys to show off and failed spectacularly.”
“I’ve never even heard of Pinterest.”
“In the early 2000s I was taught the value of anonymity by 2-chan, so social media that allows anonymity will always be better.”
“Teens are all using TikTok and Line now.”
“Facebook is just for people in their 40s and 50s.”

Anonymity seems to be one of the big selling points for Twitter in Japan, but a lot of the comments don’t seem much different from criticisms of Facebook found in other countries. In addition, Facebook was once the ruler in Japan too, but Twitter’s dominance seemed to have abruptly occurred around late 2017 and early 2018, when Facebook’s market share suddenly plummeted.

▼ Even people in Azerbaijan weren’t putting up with it

The only difference seems to be that at the time of the leaks, Facebook’s position was already more tenuous in Japan than other countries, probably for the reasons mentioned above, like a preference for anonymity. As a result, it was able to maintain first place in most places despite the drop, but in Japan it allowed Twitter to swoop in and take the lead.

However, it’s not all bad news for Facebook’s parent company Meta. Instagram came in fourth for the month of December 2021 in Japan, and appears to be on a steady rise. It too will probably overtake Facebook before too long, but hopefully before too many old folks like Mr. Sato start getting into it.

On trading floors in New York and Hong Kong, the brightening mood toward Chinese technology companies is unmistakable: With stocks like Alibaba Group Holding Ltd. and Tencent Holdings...

Nissan Motor Co. has suspended production in Russia for the first half of the business year that began on April 1 as there is little prospect of the...

Outspoken entrepreneur Elon Musk sparked controversy earlier this month when he told Tesla employees they needed to come to the office for at least 40 hours per week...

The Osaka Digital Exchange, or ODX, a new private financial exchange in Japan, opened on Monday, starting trading of stocks and exchange-traded funds. The ODX became the third...

Number of pachinko parlors in Japan decreasing rapidly, down 12 percent in two years