by 198 Japan News
in JAPAN POLITICAL NEWS
Reading Time: 6 mins read
A A
0 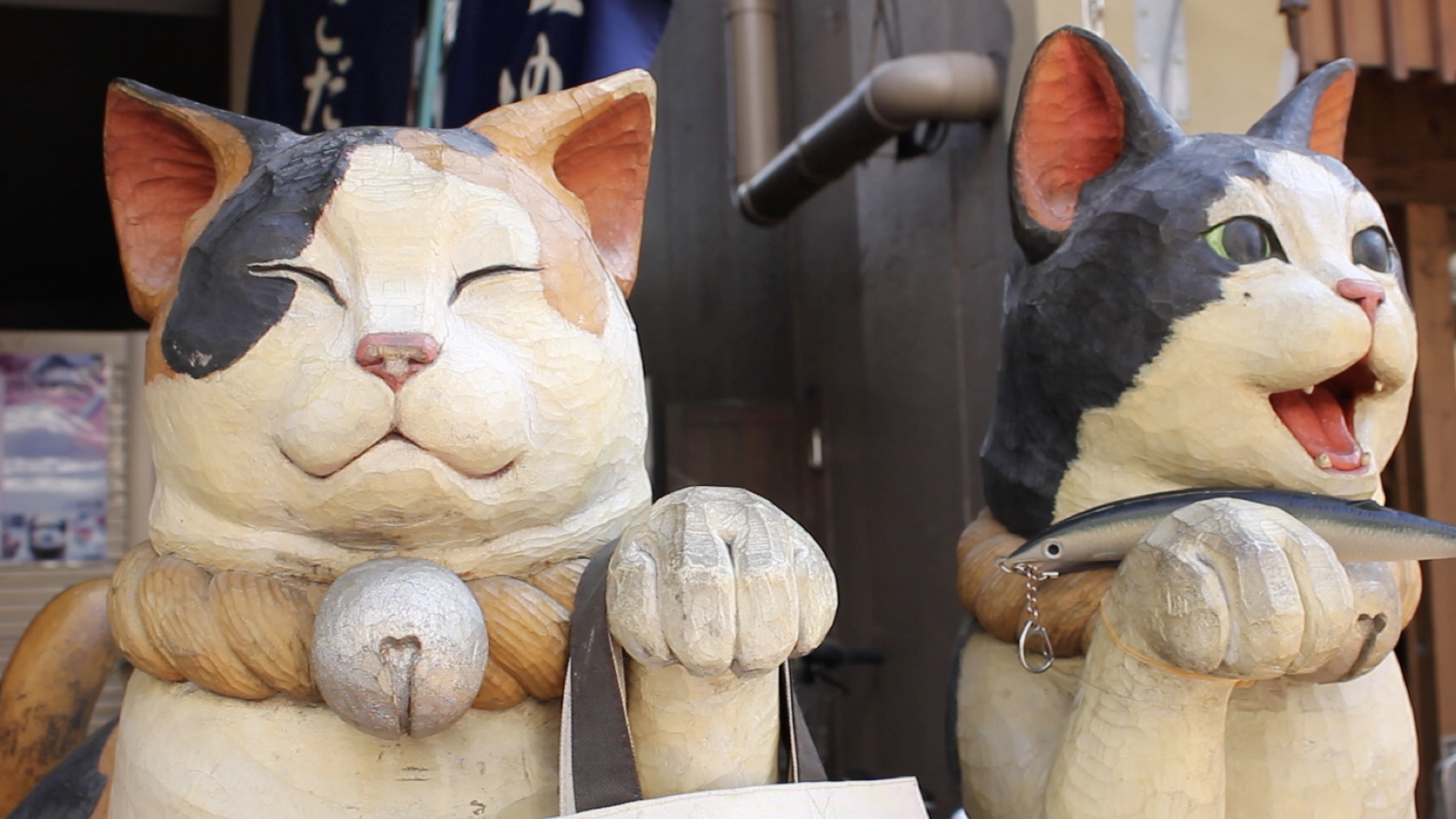 SNA (Tokyo) — The Covid pandemic has gradually unleashed political and social forces in Japan that have lifted its underlying xenophobia to the surface, and thus transformed its culture from one of attraction into one of repulsion for many of its previous admirers.

The decline of Japanese soft power, however, has roots that extend back for decades, and accelerated particularly since the arrival of the second Shinzo Abe government in 2012.

Joseph Nye coined the term “soft power” in the 1990s, partially as a critique of realpolitik, which routinely reduces international politics to its elements of coercive power, dismissing the fact that it is not necessarily the question of how many aircraft carriers or missiles that one possesses which measures true influence in world affairs.

Although the soundness of many of Nye’s arguments were widely acknowledged, the United States itself took the opposite path, mainly because the foreign policy establishment is deeply tied to the military-industrial-media complex, and its leaders are making far too many billions from defense contracts to be swayed by someone’s pie-in-the-sky political theories.

Nye himself is far from an ideal apostle for the soft power message, craving too much to be a pillar of the compromised establishment.

And so it was the realists and the militarists who once again prevailed in Washington, since they are the ones spinning out the justifications that keep the defense contracts flowing and the pockets of the elite circle stuffed with cash.

With the imperial center so engaged, it inevitably exercises influence on the policy direction of an imperial outpost like Japan, intensified by the Tokyo conservatives’ myopic focus on the US-Japan Alliance and their stubborn unwillingness to engage with mainland Asian neighbors on terms of equality and mutual respect.

Ironically, one of the best statements of what a genuine Japanese soft power foreign policy should look like can be found in the preamble of the Constitution:

We, the Japanese people, desire peace for all time and are deeply conscious of the high ideals controlling human relationship, and we have determined to preserve our security and existence, trusting in the justice and faith of the peace-loving peoples of the world.

This philosophy was largely embraced by the Japanese people in the early postwar decades, but was despised and gradually undermined by the political right.

Nowadays, its really only the Japan Communist Party that still embraces the Constitution in the spirit which it was intended at the time.

“Japan has more potential soft power resources than any other Asian country,” Nye wrote in his 2004 monograph, “Japanese cultural attraction is not limited to its pop culture. Japan’s traditional arts, design, and cuisine have long found followers outside the country.”

Japanese conservatives ignored Nye, however, whenever he went on to discuss the ways in which the country undercuts its own soft power potential.

“Unlike Germany, which repudiated its past aggression and reconciled with its neighbors in the framework of the European Union, Japan has never fully come to terms with its record of foreign aggression in the 1930s. The residual suspicion that lingers in countries such as China and Korea sets limits on Japan’s soft power.”

Nye added, “Japan’s culture remains much more inward-oriented than that of the United States, and its government’s unwillingness to deal frankly with the history of the 1930s continues to limit its ability to transform those resources into soft power.”

In his account, Nye himself ignores the fact that it was Washington which restored war criminals such as Nobusuke Kishi to power and then used them to push through the US-Japan Security Treaty in 1960 against massive public opposition. The division of Japan from mainland Asia has long been a subtle aspect of US policy as well.

But the inward-oriented, conservative, culturally-disconnected Japan that the US Pentagon has helped to cultivate since 1948 has more problems in terms of its soft power than simply its relationship with Asian neighbors—and the Covid pandemic has exposed it in sharper features than had previously been the case.

Even as foreign residents have in recent years exceeded 2% of Japan’s total population (a figure set to grow further in light of the nation’s severe demographic crisis), both politicians and bureaucrats have stubbornly refused to acknowledge that these non-Japanese communities are anything other than tourists or otherwise transient populations.

Public policy discussions in Japan can recognize the existence of “foreign laborers” or “highly-skilled foreign workers,” but it cannot acknowledge permanent immigration policies or the fact that the state must accommodate foreigners as a population that does more than merely offer labor to Japanese firms.

This head-in-the-sand approach is the result of a troubling feedback loop between a conservative regime which in its heart believes in Japanese superiority and a public whose xenophobic cultural tendencies have largely gone without serious challenge in the schools, offices, and media of the nation.

The Covid pandemic played into this weakness in the body politic in a way that few other crises could have. Japanese culture has long associated foreigners with disease, and as public health security has been thrown into doubt by the coronavirus, the urge to exclude the outsiders has at times become irresistible to Japanese policymakers.

The primary manifestation of this exclusionary urge, of course, has been the so-called Japan Entry Ban, cutting off the country from foreign travel in a much stricter fashion than have most other nations (although admittedly there are a handful of other countries which have rivaled Japan’s extremism in this respect).

Few have questioned Tokyo’s decision to deny entry to foreign tourists during the pandemic emergency, and even choking off the flow of business travelers is of some debatable merit.

Far more difficult to justify as sound policy has been the decision to block the arrival of overseas students—and entirely indefensible are the restrictions placed on reentry by foreign residents of Japan.

Even accepting that the primary motive is to protect public health, the victimization of students (many of whom had been the nation’s greatest admirers abroad) and long-term or permanent foreign residents (many of whom play a crucial role in society), Japanese leaders are shooting themselves in the foot.

This is a particularly grievous error for a nation which, according to its constitution, sees its security best preserved by “trusting in the justice and faith of the peace-loving peoples of the world.”

Putting it another way, Japan’s best defense is not the US Marines in Okinawa, but the fact that it has been an admired nation in world affairs, whose food and culture is sampled and loved by many people around the world.

As such, if some nation were to genuinely threaten a peaceful Japan’s existence, that unwise power would garner the enmity of all of the Japan-lovers around the world, likely mobilizing a great coalition against it.

By the same token, if Japan earns a reputation mainly as a hive of militarism, racism, and xenophobia, carelessly casting aside the hopes and dreams of a generation of disillusioned fans, and thus driving away many of the people who had previously been willing to devote their lives to the country, then the nation may find fewer international defenders when crisis comes.

This is the profound strategic mistake that the Japanese rightwing makes again and again: While in their own minds they are steadfastly defending the nation’s honor and interests, what they routinely manage to accomplish is only to weaken Japanese soft power—the nation’s ability to serve as a true source of attraction and persuasion.

The bonfire of Japanese soft power in the Covid era will certainly leave a negative legacy both at home and abroad. The only question is how deep and dark that legacy will prove to be.

SNA (Tokyo) — The 500 Dot Com casino bribery scandal was yet another instance of major corruption that first emerged in the Shinzo Abe era. The following is...