by 198 Japan News
in JAPAN POLITICAL NEWS
Reading Time: 7 mins read
A A
0 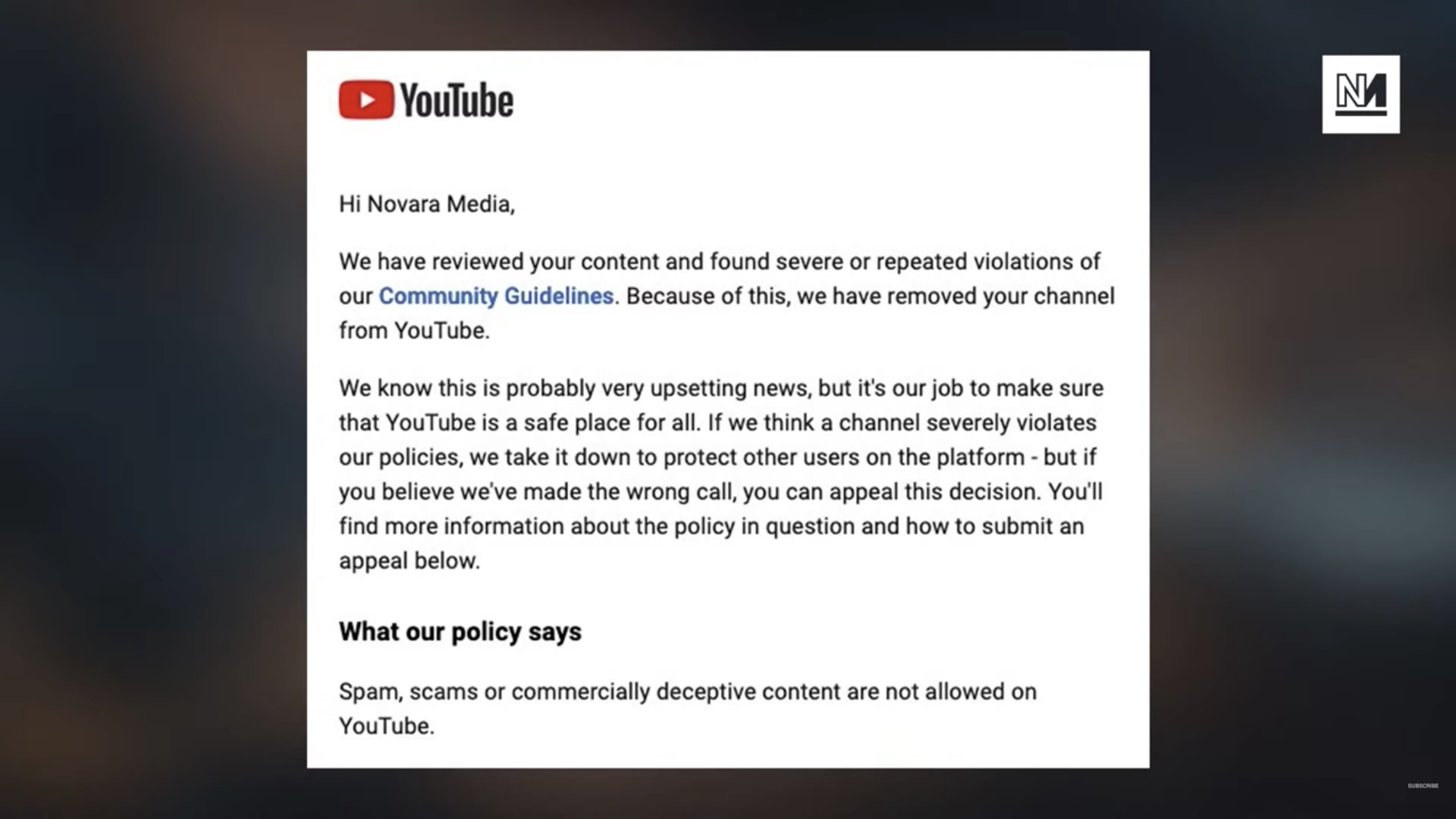 While dictatorial regimes often resort to heavy-handed measures such as imprisoning or even killing journalists, or closing down news media organs which they find to be particularly troublesome, a less overt form of suppression has now arisen in many of the nations regarded as functioning democracies.

In brief, this involves the increasing use of shadow banning, or the use of social media algorithms, pushing the content of preferred news media outlets to a wide audience while ensuring that non-preferred outlets reach much smaller audiences.

Social media platforms such as Facebook, YouTube, Twitter began their journeys as free-to-use services that for many years did offer a relatively level playing field and an opportunity for the democratization of public debates.

However, Facebook and Twitter ultimately began filling viewer timelines not with the most recent content from those they chose to follow, but rather those entries selected by an algorithm, thus significantly enhancing the potential for centralized information control.

The main turning point came in 2017 with the arrival of Donald Trump as president of the United States. Much of establishment and liberal opinion panicked, blaming unfettered social media activity for the election’s outcome. They promoted exaggerated stories about Russian influence and other alleged threats posed by a democratized free flow of information.

The Trump panic dovetailed with a culture emerging from left-leaning millennials, many of whom came to devalue free speech principles in favor of imposing policies that “protect” those whom they regard as vulnerable or historically oppressed.

In recent decades, the internet has increasingly become the dominant venue for public news consumption, with a handful of social media platforms filtering and directing content to most readers. These companies have all claimed that their algorithms are simply their own proprietary systems, even as they have in fact become monopolistic railroads upon which an ever-larger proportion of public information rides.

These movements coalesced to create the situation we have today wherein non-mainstream voices have increasing difficulty reaching wide audiences, while state and corporate news media is pushed out as being the only authoritative perspectives on global events.

The fact that independent news services are no longer being offered a fair playing field is not yet widely appreciated.

YouTube proudly declared on its official blog in December 2019 that, “Over the past couple of years, we’ve been working to raise authoritative voices on YouTube and reduce the spread of borderline content and harmful misinformation. And we’ve seen great progress.”

This should immediate beg some crucial questions: Who or what constitute “authoritative voices”? Who decides which specific news content meets this “authoritative voices” standard? What is the basis of YouTube’s own authority to make such decisions of great public consequence? And who guards the guards themselves? These questions have so far been left unanswered.

There is, however, ample evidence of how these matters have been playing out in practice, and the picture is not a pretty one.

We can confidently say that almost every independent progressive news outlet has been made to suffer under the “authoritative voices” regime, not even considering what it has meant for conservative outlets.

Novara Media, arguably the leading progressive news channel in the United Kingdom, woke up one morning this October to find that its entire channel had been removed by YouTube. As editor Michael Walker explained, “An unaccountable corporation based in Silicon Valley took down our entire channel, 40 million views… no explanation, no word… This demonstrates the unaccountable power that YouTube have… five years of our lives’ work.”

YouTube quickly reversed its decision on banning Novara Media after massive blowback from the public and direct interventions from left-leaning Labour Party politicians in the United Kingdom, but the firm still failed to give any clear explanation about why the action had been taken in the first place.

Naturally, there was no notion on the part of YouTube executives themselves that they might have some responsibility for clarifying the facts surrounding the mistake, if indeed it was a mistake.

Novara Media co-founder Aaron Bastani pointed out that the only thing that had saved the channel was that it had become large and influential enough that YouTube didn’t want to face the full consequences of an outright suppression.

“I think if we’d been a bit younger… Three or four years ago, would we have been able to withstand this? Probably not… Right now the real and terrifying situation globally is that two or three companies, effectively–Amazon, Facebook, YouTube–have a monopoly on what gets published or not.”

Bastani added, “Dystopias were written about governments with this kind of power forty, fifty years ago. Well, guess what? Corporations have it now.”

Most of the suppression of progressive news media, however, comes in a more subtle form than efforts to delete entire channels. Rather, there are the techniques of shadow banning and the squeezing of revenues, obstructing business development and often forcing independent news media outlets to reduce their services or to give up in frustration altogether.

Although Facebook is among the most guilty in this respect, the clearer evidence of foul play has been coming from YouTube.

In 2017, the video platform instituted what came to be called the “Adpocalypse,” in which creators who dealt with serious nonfiction subjects found that their videos were being “demonetized” (i.e. stripped of advertising revenues) one after another. This was ostensibly meant to be a robust response to major corporate advertiser complaints that some of their ads had run next to extremist or violent content, but the YouTube policy was implemented in an extremely wide-ranging and heavy-handed manner.

As New York magazine accurately explained at the time, “Ostensibly built to combat a sliver of YouTube content with genuine potential to provoke extremism, the policy struck a major blow to any creator who even tangentially touched on controversy. Fairly mainstream commentary, unbiased reportage, comedy, PSAs, and world history were all demonetized with little attention paid to nuance or context.”

Creators who focused on nonfiction content (including, of course, independent news media) found their revenues slashed to a fraction of what they had been previously, causing many channels to downsize or to shut down their operations completely.

Many commentators were initially sympathetic with YouTube’s claim that its algorithm was still under development and made a lot of mistakes, but as the years have passed, it has become increasingly apparent that the platform is intentionally propping up major corporate media as “authoritative voices” while being quite content to drive independent, non-mainstream news services out of business completely.

This is being done through an apparent–though unacknowledged–policy placing corporate news outlets on more favorable algorithms than the independent channels.

Some evidence that this is the case came in May of this year when Krystal Ball and Saager Enjeti moved their popular news commentary show from the mainstream corporate channel The Hill to their own independent channel Breaking Points. Although the viewership of their channel remained about the same size as before, they soon discovered that even when presenting the very same content as they had when working for The Hill, it was now being aggressively demonetized by YouTube.

Major news topics which YouTube gladly accepts from a major corporate channel are suddenly regarded as “non-authoritative”–even when presented by the very same people with the same viewpoints.

As Ball explained earlier this week, “Rather than just blanket censorship or banning or pushing off the platform–which they may do some of as well–it’s more suppressing. It’s a little more under the radar, making sure that the things which actually get promoted and are likely to show up in your feed are the things that they deem to be ‘healthy conversation.’”

She added, “You feel like you’re going crazy because you know something’s going on here, but you can never prove it because all of this stuff is completely opaque. You can never learn what’s actually going on behind the scenes… We have got to know how they are making these God-like decisions.”

Her conclusion is that “at the very least, these companies should be forced to disclose what their algorithms are, what their procedures are.”

Another example comes from this February when the progressive news outlet Status Coup found that YouTube had removed its raw news video footage of a Capitol police officer getting crushed in a doorway by rioters during the January 6 uprising. YouTube explained in its automated message that “content that advances false claims that widespread fraud, errors, or glitches changed the outcome of the US 2020 presidential election is not allowed on YouTube.”

The problem? Status Coup (a strongly progressive channel with no links whatsoever to pro-Trump conspiracy views) had licensed the very same footage to mainstream outlets like CNN and The Guardian, which in turn ran it on their channels, entirely untouched by YouTube’s punishing algorithm.

The corporate news outlets were thus able to collect YouTube ad revenues from work done by an independent news service, which was banned from even broadcasting its own historically significant footage.

Needless to say, it is nearly impossible for independent news media to build up businesses under such unfair, secret rules.

In sum, there has been since 2017 a full-scale counterattack by governing and corporate elites to drain democracy out of the internet and to bring public debates back under their control. This is routinely justified under the pretext of protecting vulnerable people from harmful content.

But from the manner in which these powers are actually being exercised, it is apparent that there is a wider agenda at play to marginalize inconvenient information and non-establishment viewpoints as much as possible, coming just short of producing the smoking gun that would prove what they are up to.

Secret social media algorithms have become a primary weapon for control and suppression of public debate.

Fake news: Mind your language: how fake news is clean-bowling Big Tech and what needs to be done

Twitter: After a long tussle with Centre, will Twitter’s desi leadership mean it is now serious about India?