The United States will enhance its military presence in Europe as the North Atlantic Treaty Organization seeks to beef up its defense in the wake of Russia’s invasion of Ukraine, President Joe Biden said Wednesday.

Noting that the total number of U.S. troops in Europe has been raised by over 20,000 to more than 100,000 in response to the Ukraine crisis, Biden said at the NATO summit that started the same day in Madrid, “We’re going to continue to adjust our postures based on the threat, in close consultation with our allies here.” 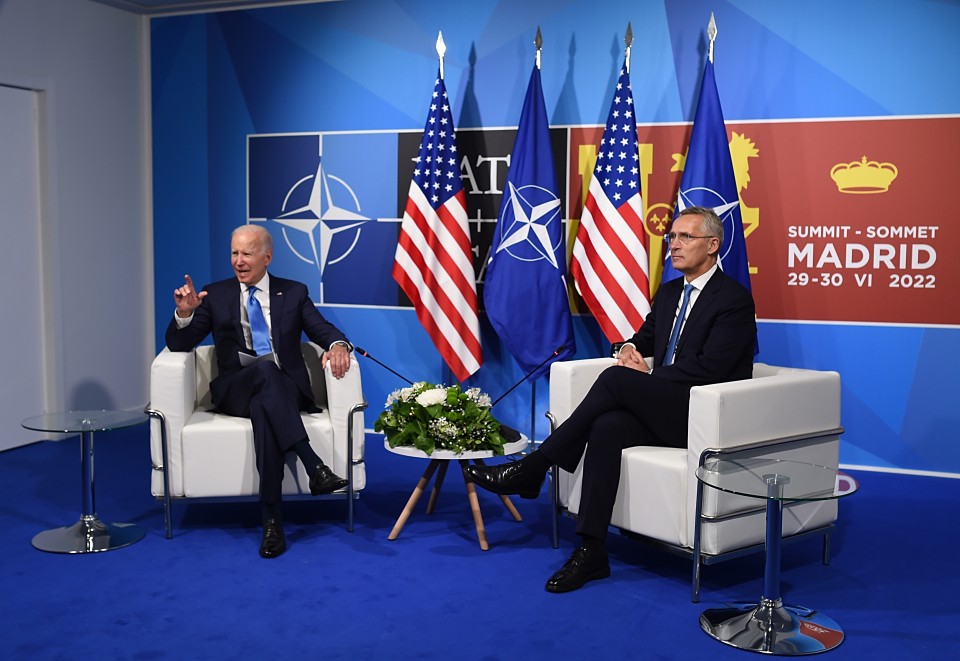 The United States is working with Spain to increase the number of U.S. naval destroyers stationed at Rota naval base, known as the “gateway to the Mediterranean,” from four to six, while planning to send two additional F-35 fighter jet squadrons to Britain and station additional air defense and other capabilities in Germany.

It will also establish a permanent Army garrison headquarters in Poland, according to the U.S. government.

NATO members have gathered for the two-day summit, which Secretary General Jens Stoltenberg says is going to be a “historic and transformative” meeting for the trans-Atlantic alliance facing “the most serious security crisis” since World War II.

In addition to committing to bolstering defenses in the face of the Russian threat, the 30 members will endorse a new Strategic Concept — the alliance’s guiding document for the next decade — that would refer to China for the first time.

“I expect that allies will agree that China poses or is a challenge to our values, to our interests and to our security,” Stoltenberg said earlier Wednesday.

“China is not an adversary but, of course, we need to take into account the consequences to our security when we see China investing heavily in new modern military capabilities, long range missiles, nuclear weapons, and also trying to control critical infrastructure, for instance, 5G networks in our own countries,” he added.