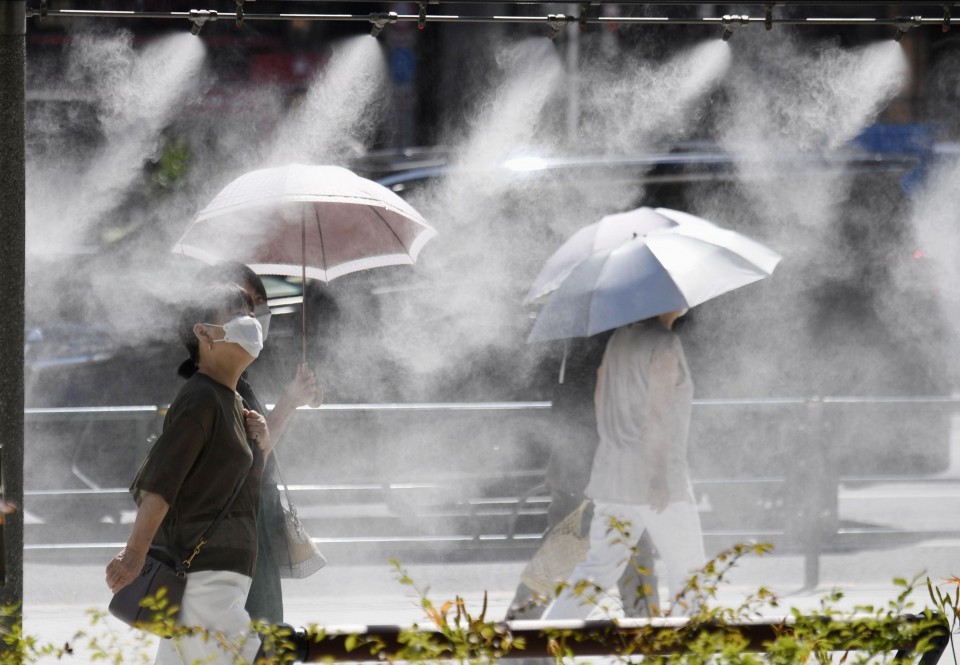 MUNICH – Japan will host a Group of Seven summit under its presidency in Hiroshima between May 19 and 21 next year, Prime Minister Fumio Kishida said Tuesday in Germany.

Next year’s summit is intended to send a message of peace from Hiroshima, one of the two nuclear-bombed cities in Japan during World War II, as Russia has dangled the threat of nuclear weapons since it invaded Ukraine in late February.

MADRID – Finland and Sweden now have a clear path to membership in the North Atlantic Treaty Organization, the alliance’s Secretary General Jens Stoltenberg said Tuesday, as Turkey has withdrawn its opposition which had served as a major obstacle to the two countries joining.

“I am pleased to announce that we now have an agreement that paves the way for Finland and Sweden to join NATO,” Stoltenberg told a press conference following a trilateral meeting between Turkey, Finland and Sweden.

MUNICH/MADRID – Leaders from the Group of Seven nations made a renewed push Tuesday to continue punishing Russia over its war against Ukraine by agreeing to explore a price cap on Russian oil amid surging energy costs, while pledging $4.5 billion to combat a growing food crisis.

In a communique issued after the three-day summit in southern Germany, the G-7 members also indicated they were mindful of China’s ties with Russia as well as Beijing’s assertiveness, vowing to pursue “coordinated action” against perceived harmful economic practices.

MADRID – The leaders from the United States, Japan and South Korea will discuss on Wednesday ways to increase economic pressure on North Korea in the face of its continuing missile provocations, White House National Security Adviser Jake Sullivan said.

U.S. President Joe Biden will speak with Japanese Prime Minister Fumio Kishida and South Korean President Yoon Suk Yeol on the sidelines of a meeting of the North Atlantic Treaty Organization in Madrid. It will be the first such meeting between the three countries’ leaders since September 2017.

“There are currently no plans for a summit but it’s important to keep dialogue at various levels,” Kishida said at a press conference in southern Germany.

NEW YORK – U.S. Treasury Secretary Janet Yellen will make a two-day visit to Japan from July 12 to discuss sanctions that have been imposed on Russia in the wake of its invasion of Ukraine, the Treasury Department said Tuesday.

Yellen will meet with her Japanese counterpart Shunichi Suzuki to discuss higher energy prices, growing food insecurity and the building of stronger and more resilient supply chains, the department said.

“I’m delighted that tomorrow, finally, we are able to have Fukushima-origin products all over the shops in the U.K.,” Johnson said at the outset of the meeting on the fringes of a Group of Seven leaders’ summit in southern Germany.

TOKYO – Toshiba Corp. shareholders on Tuesday approved a proposal for appointing 13 board members, including two new members from overseas investment funds that are considered activist investors, prompting the resignation of one director critical of the new board makeup.

Under the new management, the Japanese conglomerate with a nearly 150-year history is expected to hasten steps to revamp itself, including going private amid frustration among investors over its lackluster efforts to raise corporate value.