Japan’s Hideki Matsuyama saved his best round for last at the U.S. Open on Sunday, carding a 5-under 65 to finish fourth. 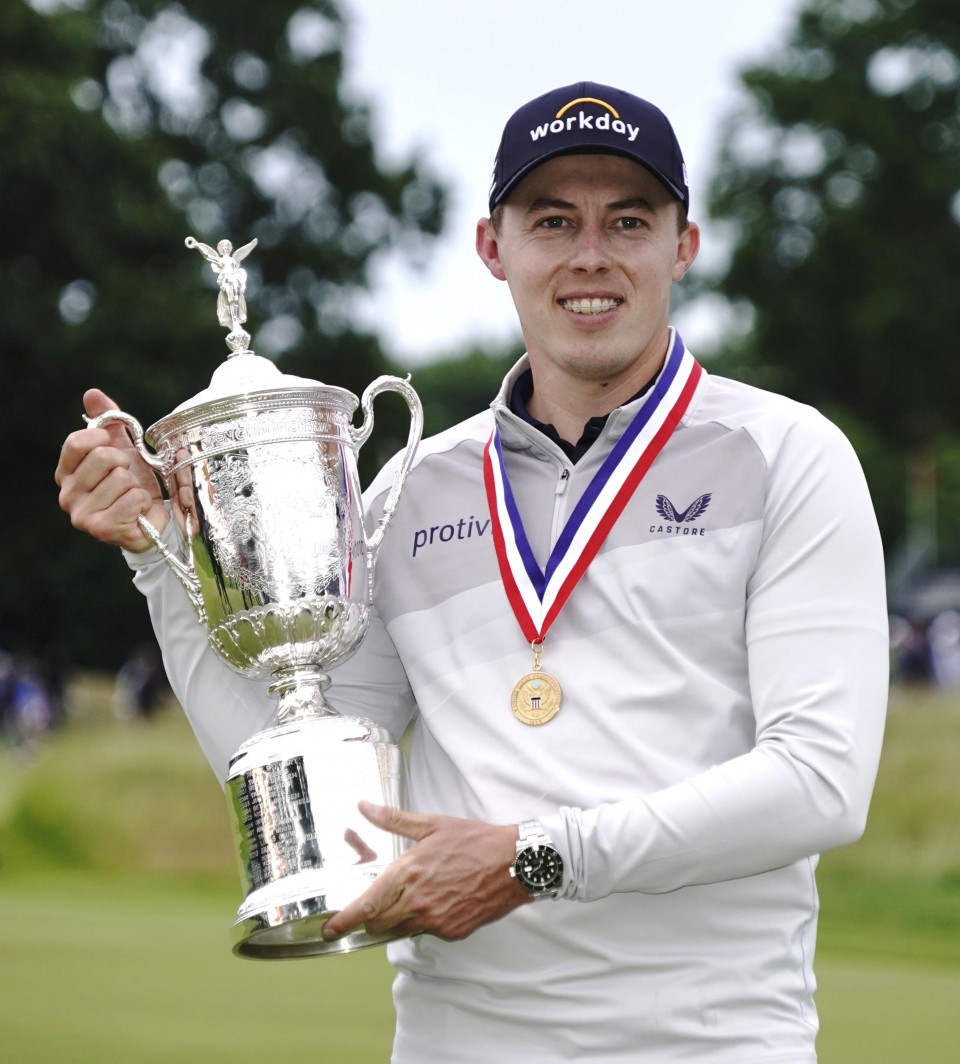 Matthew Fitzpatrick holds the trophy after winning the U.S. Open golf tournament on June 19, 2022, at The Country Club in Brookline, Massachusetts. (Kyodo) ==Kyodo 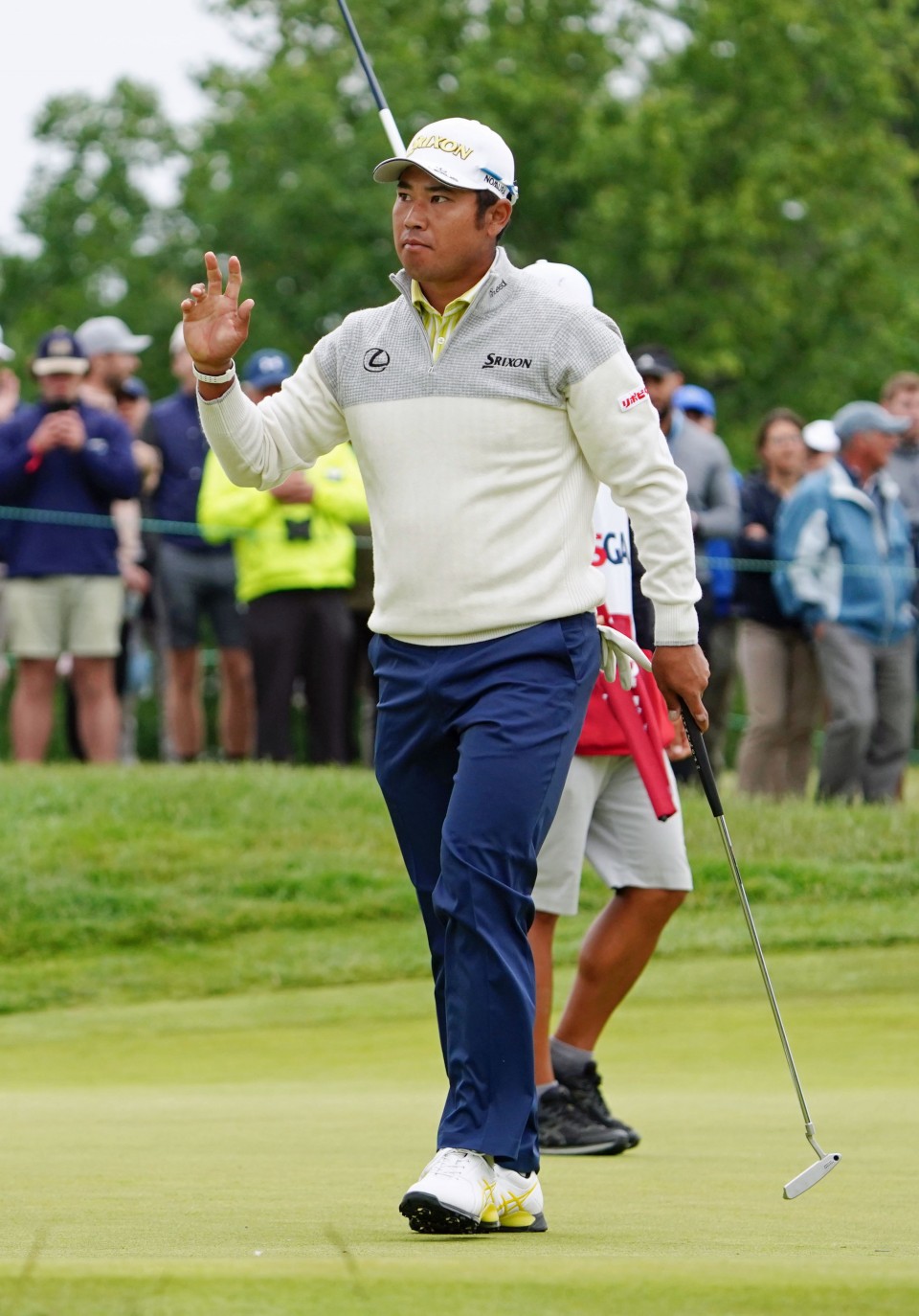 Hideki Matsuyama of Japan acknowledges the crowd after making a birdie on the seventh hole during the final round of the U.S. Open golf tournament on June 19, 2022, at The Country Club in Brookline, Massachusetts. (Kyodo) ==Kyodo

His 3-under 277 for the tournament left him three strokes behind the winner and first-time major champion Matt Fitzpatrick of England.

Matsuyama’s 65 was the lowest round by anyone over the four days at the Country Club in Brookline, Massachusetts, but it was still not enough to lift the 2021 Masters champion to his second career major after he started the day six shots off the pace.

“I was happy with the birdies, as I wasn’t able to get one on Day 3. I was glad my putts were going in, too,” Matsuyama said.

“I wouldn’t say I played perfectly, but being able to get a score like this was a big confidence boost.”

Fitzpatrick started the final round tied for first with American Will Zalatoris at 4-under and shot a 2-under 68 to finish one stroke clear of the joint overnight leader and Scottie Scheffler of the United States who tied for second.

The 30-year-old Matsuyama sank five birdies in a bogey-free final round. He began his surge up the leaderboard with a birdie on the par-3 sixth, then drained a nearly 15-foot putt on the par-4 seventh for back-to-back birdies.

He shot three more birdies on the back nine to finish one stroke clear of American Collin Morikawa and Northern Ireland’s Rory McIlroy who tied for fifth.

Golf: Matsuyama off to solid start at U.S. Open, 4 shots off lead

Shohei Ohtani allowed one unearned run in seven dominant innings and had the go-ahead hit in the Los Angeles Angels’ 5-2 victory over the Miami Marlins on Wednesday...

Shohei Ohtani delivered another sparkling performance on the mound and at the plate Wednesday, leading the Los Angeles Angels to a 5-2 win over the Miami Marlins. The...

Washington , July 7 (ANI): Hollywood actors Reese Witherspoon and Will Ferrell are headed to the altar in a new wedding comedy for Amazon Studios. According to Variety,...

The warning from Seoul comes amid fears of a North Korean nuclear ?provocation?South Korean President Yoon Suk-yeol has threatened a swift response to any "provocations" from Pyongyang, telling...

The world can stave off Putin’s food fight

The controversial candidates in the Philippines presidential election – BBC News

Russia is aware it is not winning the war in Ukraine: Brookings senior fellow

SoftBank’s Rajeev Misra to step back to launch new fund