by 198 Japan News
in JAPAN RUSSIA NEWS
Reading Time: 3 mins read
A A
0

The ruling Liberal Democratic Party has the highest support rate prior to the House of Councillors election set for July 10, pulling well ahead of opposition parties, a Kyodo News survey showed Sunday.

In a nationwide telephone survey conducted on Saturday and Sunday, 27.3 percent of respondents said they will vote for the LDP led by Prime Minister Fumio Kishida when casting ballots for the proportional representation seats in the upper house.

The ruling party was followed by the Japan Innovation Party with 7.7 percent and the Constitutional Democratic Party of Japan with 7.0 percent. Still, 34.2 percent remain undecided on which party to vote for, before the official campaigning begins Wednesday.

Voters will cast two ballots — one to choose electoral district representatives and one under proportional representation. In the election for the upper house where the LDP and its junior coalition partner Komeito currently has a majority, 125 of 248 seats will be contested. 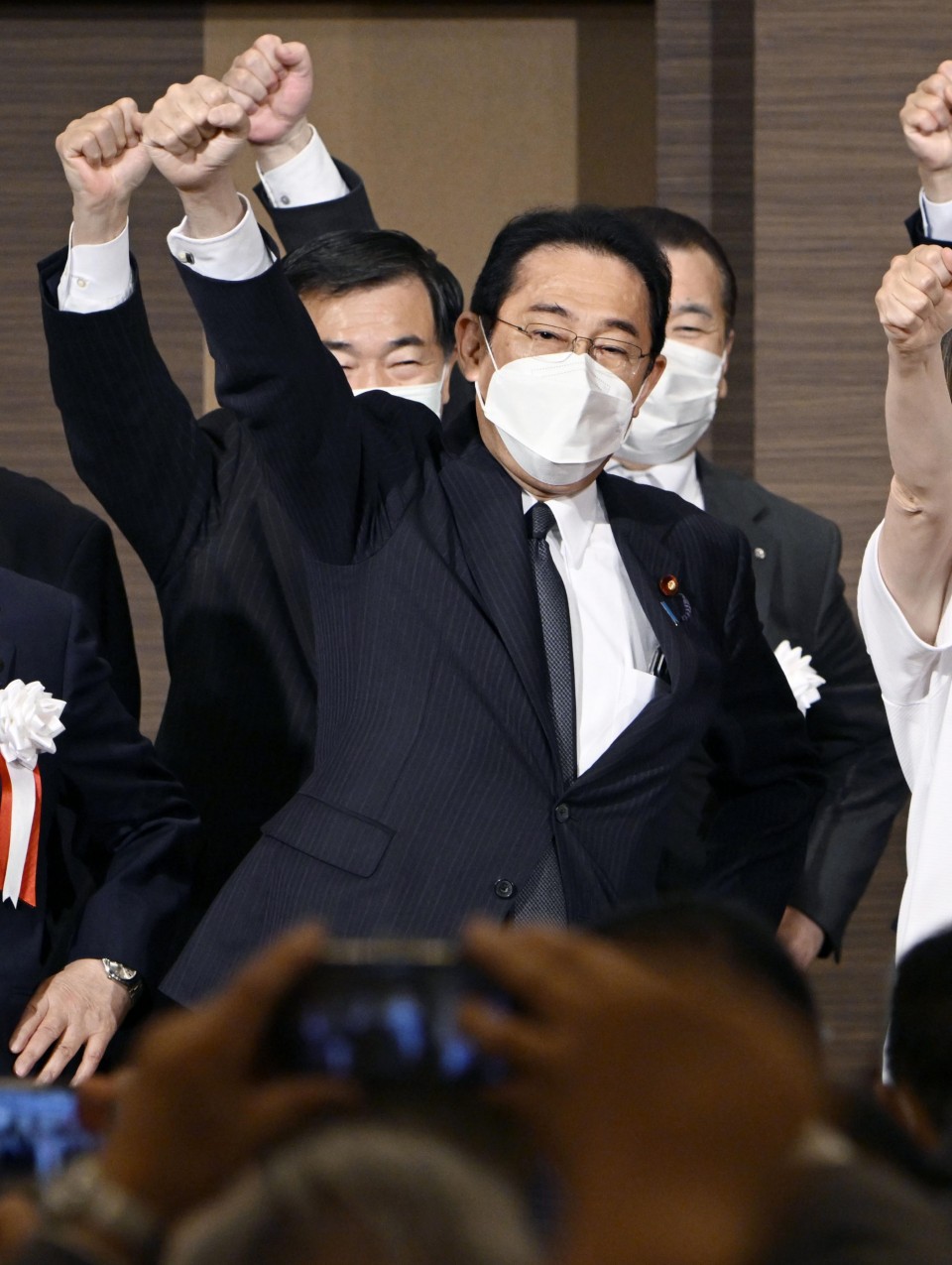 Japanese Prime Minister Fumio Kishida attends a meeting of the ruling Liberal Democratic Party in Yamagata, northeastern Japan, on June 18, 2022, ahead of the House of Councillors election on July 10. (Kyodo) ==Kyodo

The poll found the largest share, 42 percent, picked measures to boost the economic recovery and cope with price rises as the most important issue in the election, with 79.6 percent saying the Kishida government has not taken adequate steps to curb rising living costs.

Japan is in the midst of efforts to pull the economy out of the COVID-19 economic fallout but challenges such as rising commodity prices exacerbated by the Ukraine conflict are weighing on the world’s third-largest economy.

The yen’s recent slide to 24-year lows against the U.S. dollar is exerting pressure on consumption, boosting the costs of imported products.

Among other election issues, 16.2 percent said they will focus on each party’s pension, medical and nursing policies.

Some 37.2 percent were in favor of raising the defense budget up to 2 percent of the country’s gross domestic product, while 31.5 percent saw no need to change the spending.

The LDP is looking to lift the defense budget to an amount on par with 2 percent of GDP or more, a numerical target for North Atlantic Treaty Organization nations, given Japan faces China’s growing military assertiveness and North Korean missile and nuclear threats.

The budget has been limited to around 1 percent of GDP gross domestic product with the country’s exclusively defense-oriented policy under the pacifist Constitution.

The poll also showed that 47.5 percent were in favor of revising the Constitution under Kishida’s leadership. The LDP’s plan on the revision includes the mention of the Self-Defense Forces in the Constitution to put an end to the debate over its constitutionality.

Among other parties, Komeito garnered 6.2 percent support, followed by the Japanese Communist Party at 3.7 percent, the anti-establishment Reiwa Shinsengumi at 1.8 percent, and the Democratic Party for the People at 1.4 percent.