Hideki Matsuyama 5 strokes off pace after U.S. Open 2nd round

Japan’s Hideki Matsuyama shot his second straight even-par 70 on Friday to make the cut at the U.S. Open and sit five strokes off the leaders at the Country Club in Brookline, Massachusetts.

Collin Morikawa and Joel Dahmen of the United States share the lead at 5-under par while Matsuyama is in a tie for 24th with six others. The other six Japanese in the field failed to make the 3-over cut line.

Matsuyama carded two birdies and two bogeys, with the 30-year-old dropping a shot on the second hole and making back-to-back birdies on Nos. 11 and 12 before a bogey on the 13th put him back where he started. 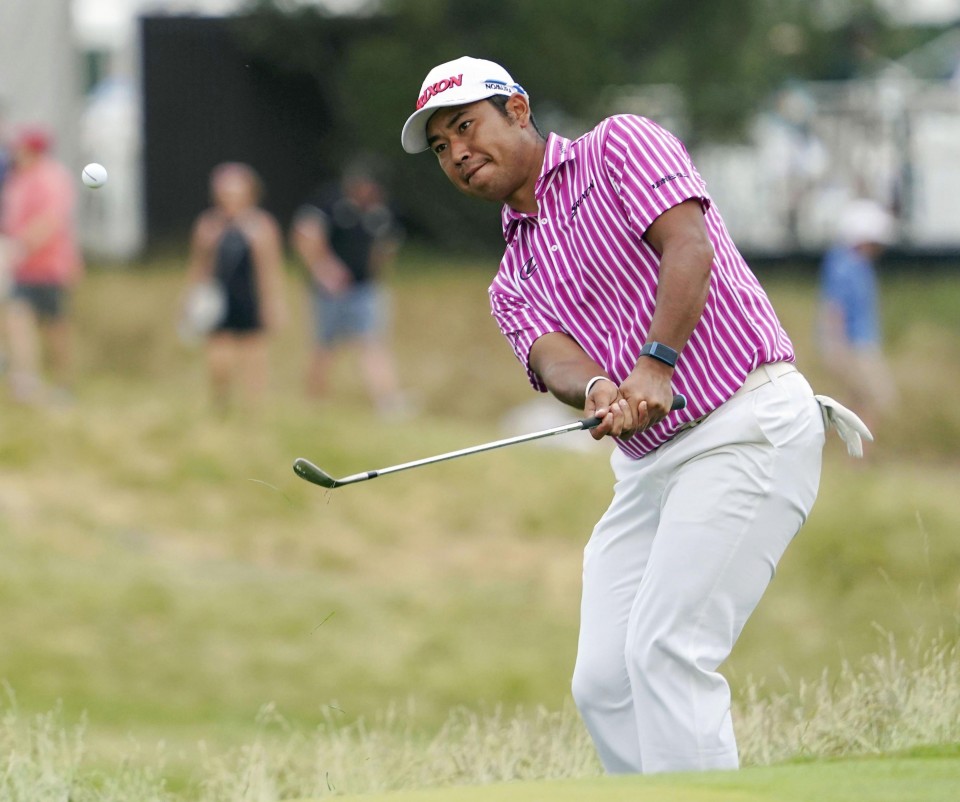 Hideki Matsuyama of Japan hits his second shot out of the rough on the fifth hole during the second round of the U.S. Open golf tournament on June 17, 2022, at the Country Club in Brookline, Massachusetts. (Kyodo)

“It was a disjointed round. The putts aren’t going in (as I expect them to) but aren’t too bad either.” said Matsuyama, who had a chance to finish the round on a high but missed short birdie putts on each of the final two holes. “It’ll be okay if they drop in the final rounds.”

“I’m not that far off the lead. It’s not a bad position to be in and I’ll be doing my best to cut the deficit even by a shot.”

Reigning champion Jon Rahm of Spain is in a five-way tie for third, joined at 4-under by 2011 winner Rory McIlroy of Northern Ireland. Scottie Scheffler, winner of the Masters in April, is a shot further back.

Of the Japanese, Satoshi Kodaira shot a 71 on Friday but missed the weekend with a 5-over two-round total. Rikuya Hoshino and amateur Keita Nakajima were 8-over, while Daijiro Izumida, Tomoyasu Sugiyama and Jinichiro Kozuma were further down the leaderboard, all with double-figure scores over par for the tournament.

Golf: Matsuyama off to solid start at U.S. Open, 4 shots off lead

Fed vows unconditional inflation war with 'whatever it takes'

Plotting a route towards democracy in The Gambia — Global Issues