Nintendo’s founding Yamauchi family will redevelop the neighborhood around the company’s former headquarters in Kyoto, eyeing restaurants, an art gallery and more.

The family has acquired land and buildings for renovation over an area spanning 3,000 sq. meters in the city’s Shimogyo Ward. The headquarters itself has already been turned into the Marufukuro hotel, which just opened this April.

Many details of the project, which is slated to begin in 2025, remain undecided. “We want to contribute to [the area’s] revitalization, in dialogue with local residents,” said Banjo Yamauchi, grandson of late Nintendo President Hiroshi Yamauchi.

Possibilities under consideration include a space next to Marufukuro for both guests and others to mingle, and a place next to the nearby Umeyu sauna where customers can linger. A salon is also envisioned as a gathering place for artists and entrepreneurs.

No time frame has been set for any particular facilities. Banjo Yamauchi’s time horizon for the project extends out to 2050.

“Like Spain’s Sagrada Familia, we want to move toward completion little by little, in accordance with people’s needs,” he said, referring to the famed unfinished basilica in Barcelona.

Sushiro’s “100 yen per plate” of sushi will finally come to end after 38 years. 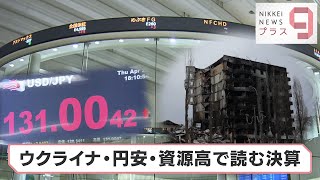 Will an ever feebler currency save or sink Japan’s economy?

The last time the Japanese yen dipped below 130 to the American dollar, in 2002, China’s economy was smaller than France’s, Vladimir Putin was meeting Western officials with a smile, and the rapper Eminem was atop the pop-music charts.

Top diplomats from Japan, the United States and South Korea said they "strongly condemn" North Korea's recent ballistic missile launches, while vowing to work together to denuclearize the...

New Delhi , May 28 (ANI/SRV): NITTE (Deemed to be University), one of the leading universities in India, announces its national level entrance exam, NITTE University Common Admission...

Justice Minister Yoshihisa Furukawa said Friday that there have been cases in which Ukrainians who have fled to Japan were working in hostess clubs and other adult entertainment...

The Pacific island nation of Fiji has joined an Indo-Pacific economic initiative recently launched by the United States to balance Beijing's rising economic clout in the region, the...

A decision by China and Russia to veto new United Nations sanctions on North Korea pushed by the United States shattered any veneer of global cooperation, straining efforts...

Japan construction orders padded by up to ¥5.1 trillion annually

The Time to Support the Global South is Now — Global Issues