Amid growing concerns about potential shortages in Japan and other countries that rely on Indonesian coal, energy minister Arifin Tasrif held out hope the exports could soon be resumed. “We hope that in the next few days, we can get clarity,” he was quoted as saying during their meeting. 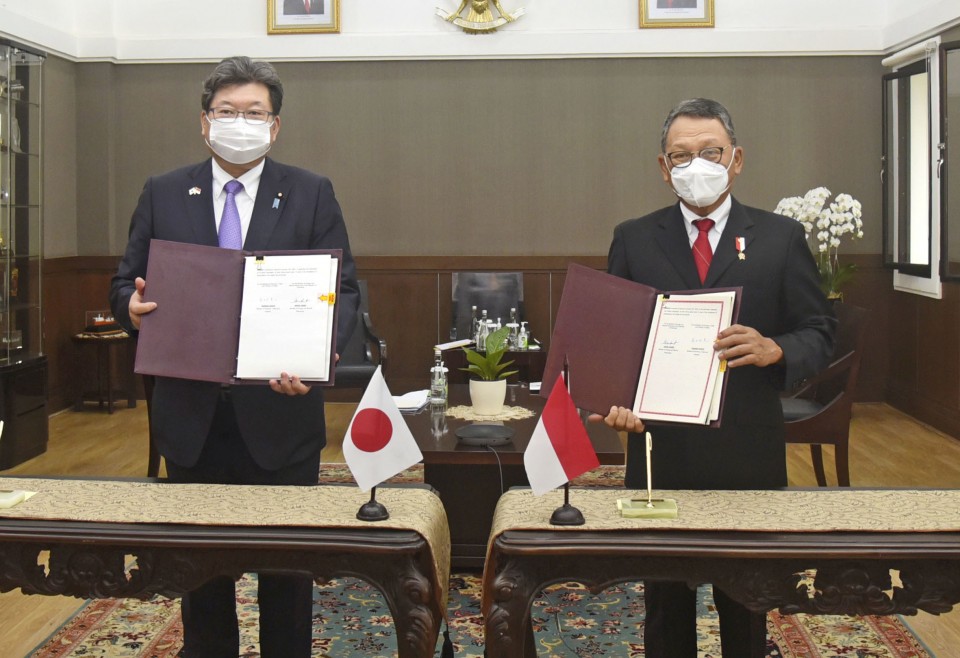 Hagiuda asked that Indonesia understand the need to resolve the issue, saying Japanese companies have been bewildered by the ban. He also referred to a letter sent by the Japanese Embassy in Jakarta to the Indonesian government calling for the ban to be scrapped.

Also in the meeting, the ministers agreed to promote the use of ammonia in generating power in the Southeast Asian country in an effort to cut its carbon dioxide emissions, especially as Jakarta aims to go carbon free by 2060.

The two signed a memorandum on cooperation over power generation that mixes coal with ammonia, a substance that does not emit CO2 when burned.

Japan has leading technology for the type of power generation.

Hagiuda and Arifin also agreed to push forward cooperation in the fields of carbon recycling and CO2 underground storage technologies as well as utilization of hydrogen.

“We would like to advance cooperation, with the government and the private sector working as one,” said Hagiuda.

As the Indonesian government is seeking to realize net zero carbon emissions by 2060, Japan, which is aiming to achieve the goal by 2050, will cooperate in creating a road map.

The two countries will also work closely in training people who will contribute to the development of decarbonization technologies and exchanging research results as well as launching an international conference in relation to the topic.

In a separate online event jointly held by his ministry and the Foreign Policy Community of Indonesia among others, Hagiuda also announced a new initiative on economic cooperation in Asia, which aims to strengthen investment in supply chains, connectivity, digital innovation and human resources.

The Asia-Japan Investing for the Future Initiative is seeking to make the region more attractive as a global supply chain hub, and create innovations for enhancing sustainability and solving social challenges.

Hagiuda is on the first leg of a three-nation tour to Southeast Asia that will also take him to Singapore and Thailand through Friday.

The pandemic fund being prepared by the Group of 20 major economies to deal with future pandemics may start operating by the end of this month, the forum's...

Teased - Ertiga XL6, Carens Rival Hyundai is getting ready to unveil a new global MPV called Stargazer - Official teasers are outIndonesia is one of the largest...

What do Russians drive when it is minus 50C outside