by 198 Japan News
in JAPAN RUSSIA NEWS
Reading Time: 2 mins read
A A
0

G7 leaders kick off summit in Germany, to address impact of Ukraine war

The United States, Russia, China and two other countries with nuclear weapons on Monday issued a joint statement affirming that nuclear war must be avoided and that the role of such armaments should be limited to defensive purposes and to deter aggression.

China hailed the statement as the first of its kind released by the leaders of the five so-called nuclear-weapon states on the issue of nuclear arms. But whether any progress will materialize toward the goal of nuclear disarmament is unclear amid the growing rivalry between the United States and China. 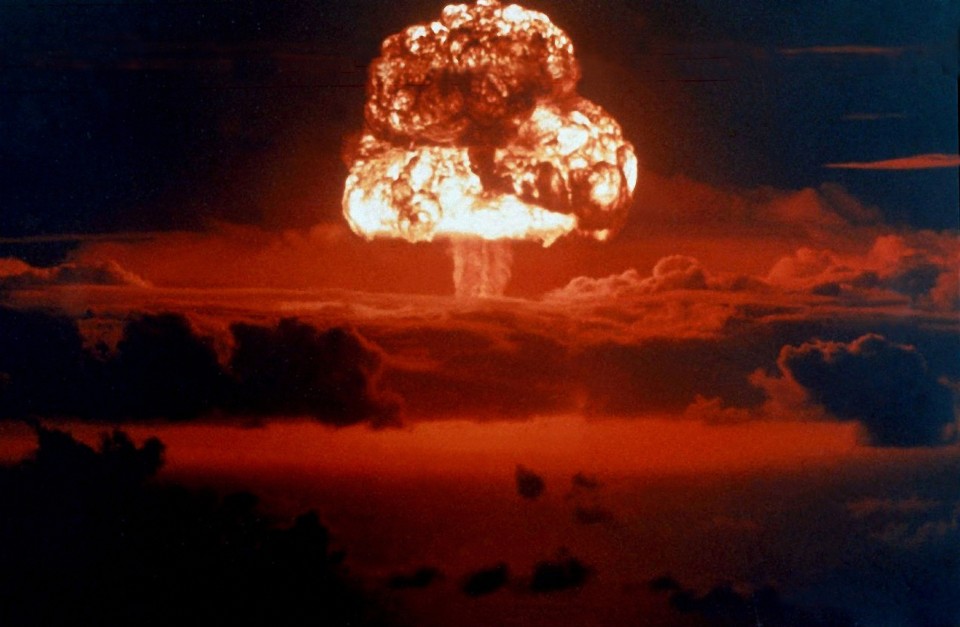 Photo shows one of the U.S. thermonuclear tests that began in March 1954 at Bikini Atoll in the Pacific. (Getty/Kyodo)

“We affirm that a nuclear war cannot be won and must never be fought,” the five countries, including Britain and France, said in the statement.

“As nuclear use would have far-reaching consequences, we also affirm that nuclear weapons — for as long as they continue to exist — should serve defensive purposes, deter aggression, and prevent war,” they added.

The latest move came as U.S. President Joe Biden is committing to take steps toward reducing the role of nuclear weapons, in a shift from his predecessor Donald Trump who was criticized for undermining past efforts to curb the dangers of such arsenals.

The five nations are officially recognized as possessing nuclear weapons by the Nuclear Non-Proliferation Treaty. Under the NPT, nuclear powers pledge to work toward disarmament in exchange for promises from non-nuclear states not to acquire the devastating weapons.

A four-week conference to review the NPT, slated to begin Tuesday at the U.N. headquarters in New York, was postponed at the last minute due to a surge in coronavirus cases in the United States.

As frustrations build among non-nuclear nations over the lack of progress on ridding the world of nuclear weapons, the five countries said they “remain committed” to NPT obligations, which include pursuing negotiations “in good faith” on measures related to halting the nuclear arms race at an early date and pursuing nuclear disarmament.

They also stated their “desire to work with all states to create a security environment more conducive to progress on disarmament,” citing that the ultimate goal is “a world without nuclear weapons with undiminished security for all.”

G7 leaders kick off summit in Germany, to address impact of Ukraine war

Japanese Prime Minister Fumio Kishida said Saturday he will seek to confirm unity with his fellow Group of Seven leaders in responding to Russia's war against Ukraine, inflation...

If you thought you’d seen it all, wait till you go out to eat in Japan. Some restaurants have rotating conveyor belts of food. As a hungry American,...

Japanese Defense Minister Nobuo Kishi on Wednesday criticized Chinese and Russian warships recently sailing near Japan for their "show of force," warning against such actions as saber-rattling tactics...

CES is back on in Las Vegas, but who will go in person? | Science and Technology News