by 198 Japan News
in JAPAN MEXICO NEWS
Reading Time: 4 mins read
A A
0

Maruti Suzuki Chairman Says Bharat NCAP Should Not Be Compulsory

India placed in Group A with Brazil, US

The Youth Must Be Served Now 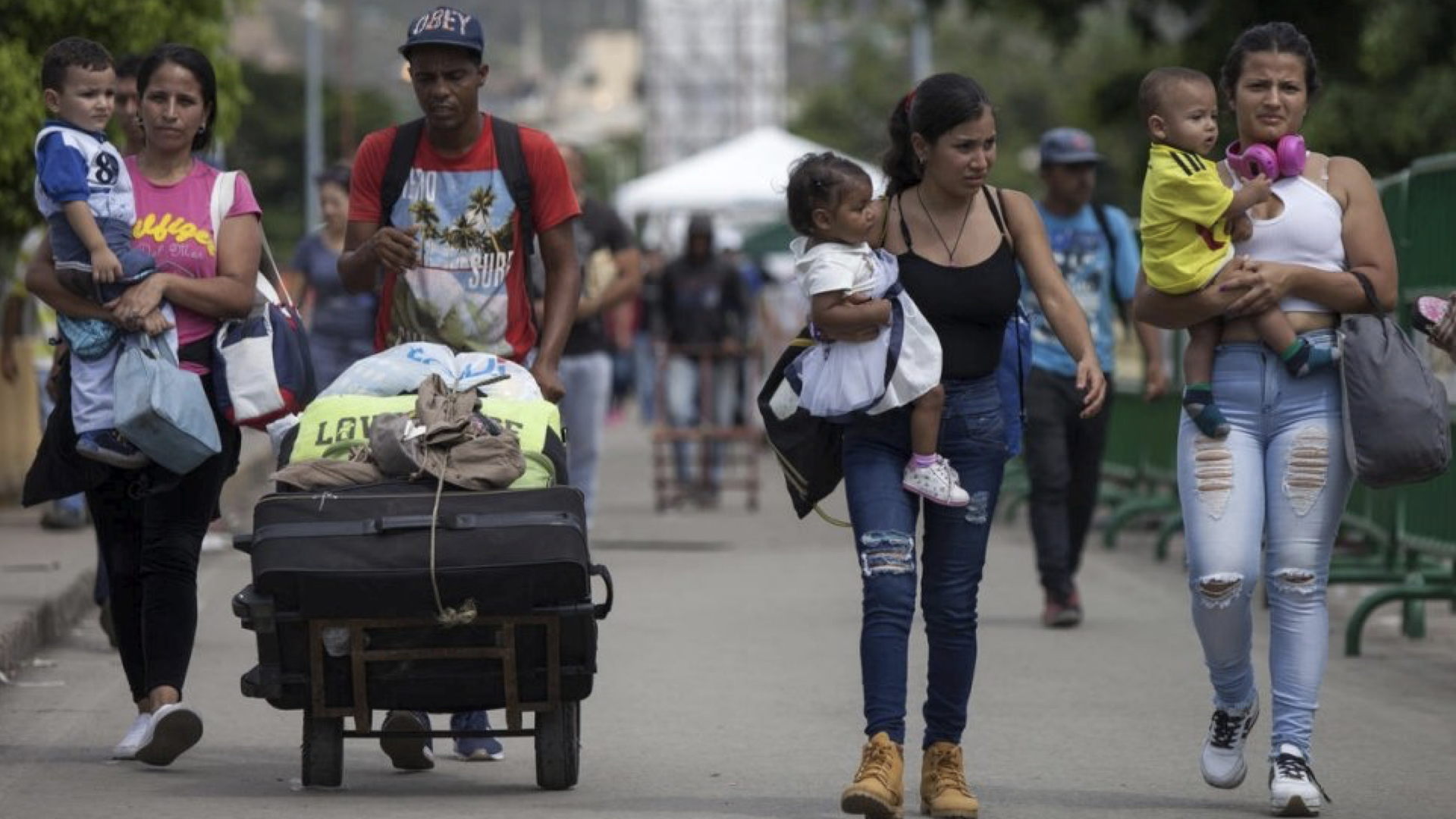 The United Nations High Commissioner for Refugees (UNHCR) estimates that more than 5.5 million out of 32 million Venezuelans have fled their country since 2014.

Eduardo Stein, special representative of the UNHCR and the International Organization for Migration (IOM), stated that 1,800 to 2,000 people have been fleeing Venezuela each day in recent months, many of them forced to take dangerous routes which rely on human traffickers.

It wasn’t always this way; Venezuela used to be known as the richest country in Latin America.

Before former President Hugo Chavez died in 2013, he implemented social reforms and had a hand in making Venezuela the richest country in Latin America relying on its substantial oil revenues.

Temporary improvements were made in the reduction of poverty, the advancement of literacy, and much more, especially in the period from 2003 to 2007. By the beginning of the 2010s, however, the forward progress began to sputter. Chavez declared an “economic war” on Venezuela’s upper classes, blaming them for shortages and allegedly working against the larger interests of the nation, and accusing them of being backed by an implacably hostile US government determined not to see any leftist regime in Latin America become a success.

Nicolas Maduro, Chavez’s handpicked successor as the nation’s leader, inherited the deepening crisis, which became much worse in 2014 when oil revenues plummeted and the financial basis for the social welfare system began to evaporate. Soon the nation fell into the grips of mass inflation, food shortages, and rising violence.

The resulting decline in the administration’s popularity intensified the political confrontation. In December 2015, the center-right Justice First party won a landslide victory in National Assembly elections against Maduro’s allies.

As if these internal problems were not enough, the United States became more aggressive in placing economic sanctions on Venezuela in an effort to topple the now-vulnerable Maduro government.

A key move in this respect was then-US President Barack Obama’s executive order issued in March 2015 which placed sanctions on seven individuals and declared “a national emergency with respect to the unusual and extraordinary threat to the national security and foreign policy of the United States posed by the situation in Venezuela.”

These sanctions were broadened in August 2019 under US President Donald Trump into a freeze on all Venezuelan government assets.

The Trump administration’s policy was condemned at the time by UNHCR Michelle Bachelet, who declared that she was “deeply worried about the potentially severe impact on the human rights of the people of Venezuela of the new set of unilateral sanctions imposed by the US… The sanctions are extremely broad and fail to contain sufficient measures to mitigate their impact on the most vulnerable sectors of the population.”

The administration of Joe Biden has largely maintained the brutal Trump-era sanctions, easing them only in a few limited areas.

Bachelet’s fears about the humanitarian impact have proven to be more than justified by the events that have since occurred. The political confrontation in Venezuela has only intensified, repression became more deeply entrenched, the national economy has become a basket case–all of which has contributed to the unprecedented numbers of Venezuelans now exiting their country in a desperate search for refuge.

The largest number of Venezuelan refugees have turned up in neighboring Colombia, which has taken in at least 1.7 million of them and announced that it will be granting ten-year legal status to the undocumented Venezuelans. Nevertheless, the sheer number of people flowing over the border in such a short period has inevitably caused escalating tensions. Moreover, the impact of the Covid pandemic has only deepened the misery for all concerned.

There is consensus that the current humanitarian situation is grim. Assistant Deputy Minister for the Americas at Global Affairs Canada Michael Grant recently stated that “the facts for Venezuelan refugees and migrants are stark: Over half don’t have enough to eat; 80 to 90% have lost their sources of income; one in four children are separated from their families during the journey; and many women and girls face particular challenges, such as gender-based violence and lack of access to sexual and reproductive health services.”

While there have been efforts to provide aid to Venezuelan refugees, few observers believe that current programs are anywhere close to meeting the scale of the challenge.

For example, the United Nations Humanitarian Response Plan for 2021 has so far received only 22.3% percent of its requested funding for Venezuelan migrants.

Dominika Arseniuk, director in Colombia for the Norwegian Council for Refugees, concluded, “International solidarity and financial support is woefully insufficient and falls desperately short of what is needed to respond to the mass exodus from Venezuela.”

Maruti Suzuki Chairman Says Bharat NCAP Should Not Be Compulsory

Ever wondered what crash tests are? What does NCAP mean? NCAP stands for New Car Assessment Program and is done by various entities in the world. We have...

India placed in Group A with Brazil, US

Navi Mumbai (Maharashtra) , June 24 (ANI): Official Draw for the FIFA U-17 Women's World Cup India 2022 was held on Friday and it revealed that hosts India,...

The Youth Must Be Served Now

Mickey Spagnola FRISCO, Texas - At first blush, this looked bad, really bad during what turned out to be Tuesday's lone mandatory minicamp practice for the Cowboys.The receivers...

FIFA has unveiled the host cities for the 2026 World Cup ? with the US capital missing out on its bidSoccer fans in Washington DC were left disappointed...

How asylum-seekers cross the U.S. border

HIDALGO, Texas – Since U.S. President Joe Biden took office, migration at the southern border of the United States has increased to levels not seen in decades. Crossings...

Flipkart and Amazon as venture capitalists: the hits, misses, and strategy pivots