by 198 Japan News
in JAPAN THAILAND NEWS
Reading Time: 3 mins read
A A
0

A new nonprofit organization headed by cross-party Japanese lawmakers and others aims to raise funds to directly aid people suffering in Myanmar, while also lobbying for a return to democracy in the wake of a February 2021 coup that put the nation under the grip of a military dictatorship.

The Myanmar International Assistance Organization plans to work with local NGOs that have better access to deliver supplies including food and medicine, and intends to work across borders with the Japan-Myanmar Friendship Association, the Thai-Japan Education Development Foundation and other entities.

Speaking at a press conference last Wednesday, Liberal Democratic Party lawmaker Ichiro Aisawa, one of the group’s directors, expressed his desire to use activities and connections established to “report to the Foreign Ministry or the government the reality on the ground that we confirm, as a member of the ruling party.” 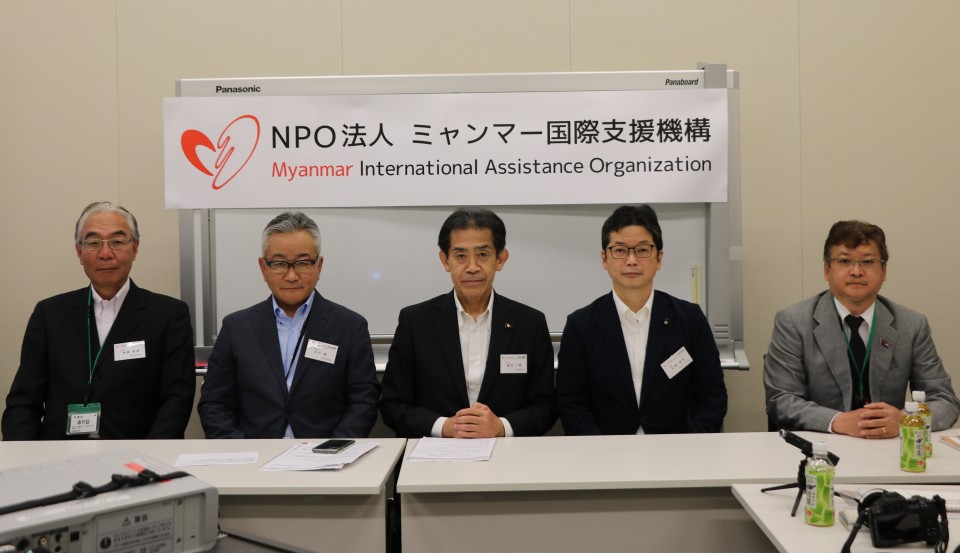 Aung San Suu Kyi’s democratically elected administration was overthrown in the coup after the military claimed the results of the 2020 election — which saw strong support for her National League for Democracy — were illegitimate.

Officially launched in June, the group will also support efforts to democratize the country, including by lobbying the Japanese government to recognize the shadow civilian leadership, the National Unity Government of Myanmar, known as NUG.

Prime Minister Fumio Kishida’s administration has so far avoided recognizing the shadow government out of fear that antagonizing the junta could push it into China’s embrace.

Constitutional Democratic Party House of Councillors lawmaker Michihiro Ishibashi, executive director of the Japanese Parliamentary Group Supporting Democratization in Myanmar, serves as a director alongside Aisawa, a House of Representatives member who also serves as head of the Japan-Myanmar Parliamentary Friendship Association.

Among those attending the press conference in support of the organization was Akie Abe, the wife of former Prime Minister Shinzo Abe.

Yutaka Nagasugi, another of the group’s directors and CEO of Myanmar Japon, a magazine specializing in relations between the two countries, described a reported incident in which a bag of rice provided as aid from Japan had half its contents replaced with crushed rice typically used in chicken feed.

It was alleged someone with military links was responsible, with the incident used as evidence of the need for in-situ oversight of aid distribution.

“The government is clearly working hard to help, but aid is not reaching people on the ground. Someone, somewhere, must do something, and that’s why this organization exists,” Nagasugi said.

Also in attendance was Saw Ba Hla Thein, an ethnic Karen and the Japan representative of the NUG. He called for continued support for Myanmar democracy and expressed hope the newly founded NPO’s activities could be a “bridge toward the Japanese government recognizing the NUG.”

Myanmar’s people are reported to be facing desperate circumstances. Since Feb. 1, 2021, Myanmar’s military has killed nearly 2,000 peaceful demonstrators and other citizens and left some 700,000 people displaced, according to U.N. and other data.

Some 14.4 million people — about 25 percent of the country’s population — urgently need humanitarian assistance, according to Noeleen Heyzer, the U.N. special envoy of the secretary general on Myanmar.

Polar bears are pictured at Tennoji Zoo in Osaka on July 23, 2022. (Kyodo) ==Kyodo The following is the latest list of selected news summaries by Kyodo News....

Matsuyama 6 strokes off pace entering final round of U.S. Open